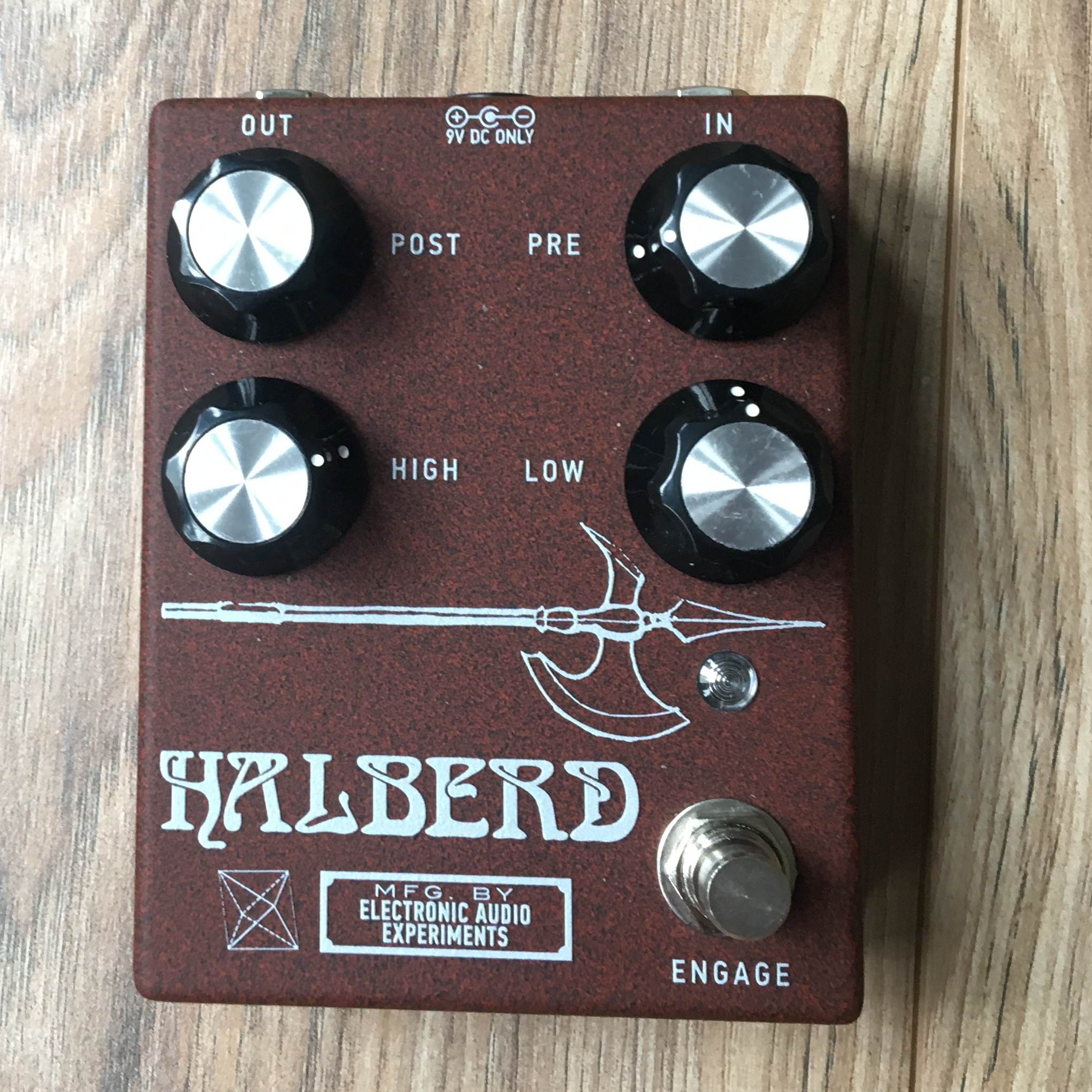 The Halberd is a pedal that has a lot of hype around it and a solid reputation from many different people who play many different styles of music and is generally held in high regard. I guess the same could be said about EAE as a whole as well. I really wanted to try it out because it has a charge pump that boosts the internal voltage to 24V, which provides huge, huge headroom. It has a relatively small gain range, but still has a wide range of tones thanks to its flexible EQ and circuit topology. Unfortunately, none of those tones were what I really needed from a low–medium gain overdrive, and there was no unforeseen setting that I stumbled upon by chance that made me think, "Wow! This is really cool, I could really use this." So, after a couple weeks of testing, it's become the first pedal I've traded on Reddit—for an Electrofoods Eye of Ra. I've been really excited about Electrofoods pedals since I've loved my Pigpile to bits (and they're also really cool people), so I decided to search "Electrofoods" on Reddit to see what other people are saying about them. I had heard that the EF Eye of Ra was THE distortion for doom, and in an entirely serendipitous moment in an otherwise shitty, shitty string of events in my life, I saw that someone was looking to trade their Ra for a Halberd. Naturally we got that sorted out and our pedals are en route via the USPS.

So, that's my thoughts on the Halberd. Not great on bass with a solid state amp. I traded it away.